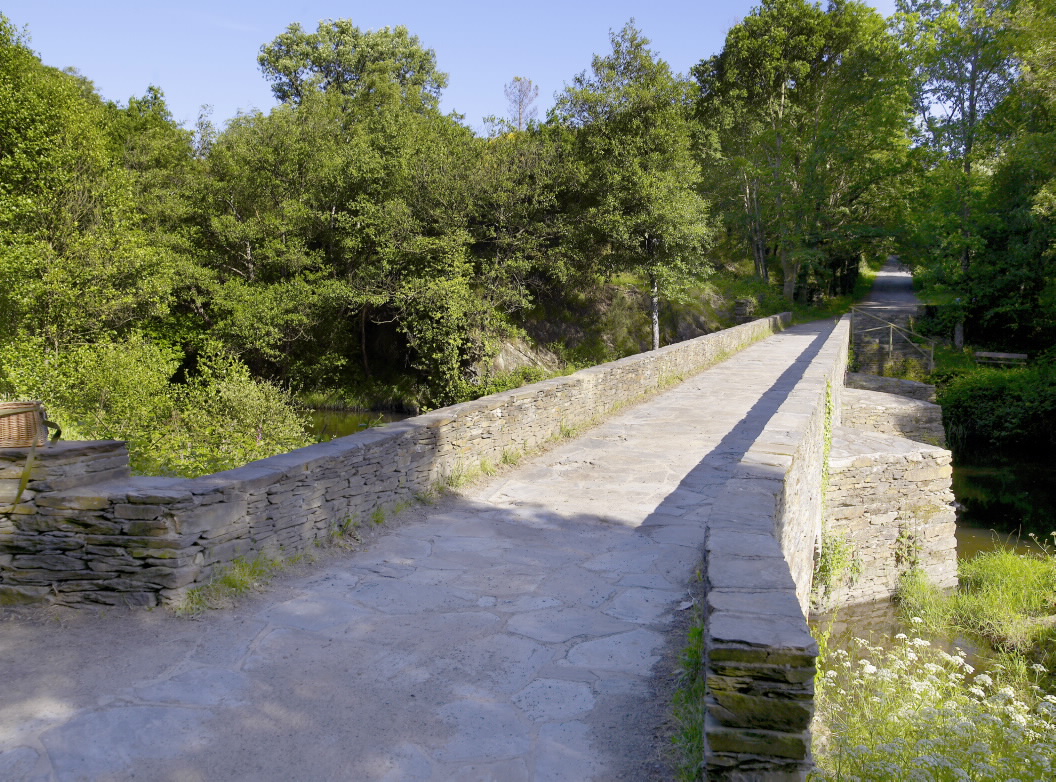 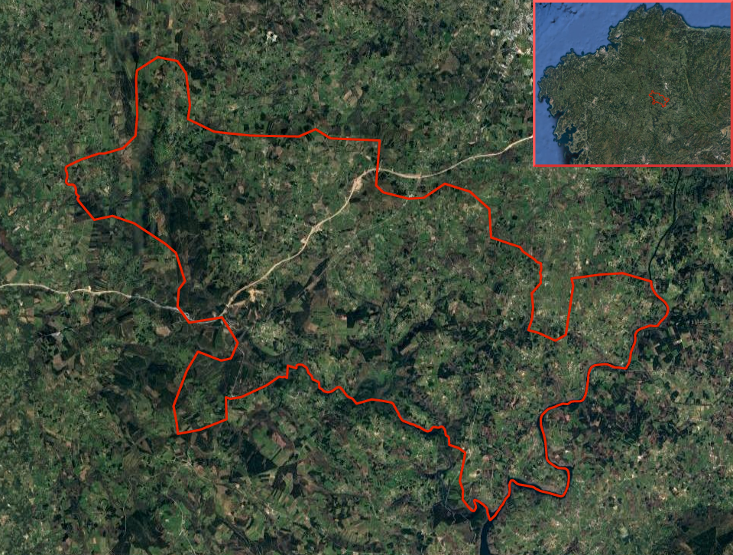 Account Guntín with an extension of 156 Km2. It is organized in 32 parishes and its geographical limits are Friol and Lugo by the north, Portomarín by the south, Corgo and Páramo by the east and Monterroso and Palas de Rey by the west.

From the point of view of the relief, Guntín, is located in the so-called high plateau lucense; Vast interior plateau that occupies much of the provincial surface and that is rising gradually of north to south, oscillating its altitude between the 540 and 580 m, approximately. Among the main mountainous elevations we can mention: the mountains Salgueiro; Crollos Blancos; Pena de Fornos and Monte da Meda (high do picato) to the north of the municipality, and Cotorroso and Monte Ladairo to the south. Its soil harbors a geological substrate formed by polymorphic precambic rocks, schists and mica-schists that form the series called Vilalba and granite outcrops of two micas.

These lands are framed in the river valley of the river Miño, that forms the eastern limit of the municipality. Precisely, as it passes through Guntín, the nesting begins to be quite deep, which leads to a decrease in the level of the tributaries and causes them to fit, in turn, in a pronounced way, deeply altering the level of the plateau . Many streams cross these lands (all of them tributaries of the Miño by the right margin), among which the Ferreira river stands out, that acts of municipal limit with Palas and Portomarín and that in turn receives the water of other streams. Among the most important is the Levadoiro River. It can be said that you can fish in all of them.
Regarding the natural values, flora, fauna and land uses, Guntín is a municipality with an eminently cattle and forestry vocation. Part of the reproduction of the soil went to the production of food for cattle, pastures and meadows. Among the crops include peppers, rye, potatoes, corn and turnips. As for the flora, appear oak, chestnut, pine of the country and small groups of trees distributed throughout the area such as ash, birch, wild cherry, etc. As regards fauna, it is worth mentioning the viper snake, snake moth, water snake, lizards, lizards, otters, badger, squirrel, squirrels, roe deer, fox, weasel, hedgehog, mole, shrew, wild boar, partridge And other small mammals. Some such as the wolf, who once bred prolificly in these lands, hardly make any sporadic appearance pushed by the lack of food and the pressure of man.

The population of Guntín, like the one of many other municipalities, is scarce, and little dense. As for the human aspects, the inhabitants respond to a type of traditional Galician. Thus, marriages by the church are the most celebrated and in many cases continue to live in the same house several generations. Another characteristic of the population is its rurality, disseminated in parishes and villages of small size clearly individualized, being rare the isolated houses, occupying mainly the valleys and lower zones.

–FRIENDS IN HONOR TO THE VIRGIN OF THE REMEDIES (Guntin): First weekend of July and later Monday.

–GASTRONOMIC PARTY OF MOUGÁN PEPPER (Carballeira de Meixaboi): Last Saturday of the month of August. On Sunday the activities in the carballeira continue.

–FORIA DE GROLOS: Day 23 of each month (Field of the fair of the parish of Grolos)

–FORIA DE LOUSADA: Day 5 of each month (Field of the fair of the parish of Lousada)